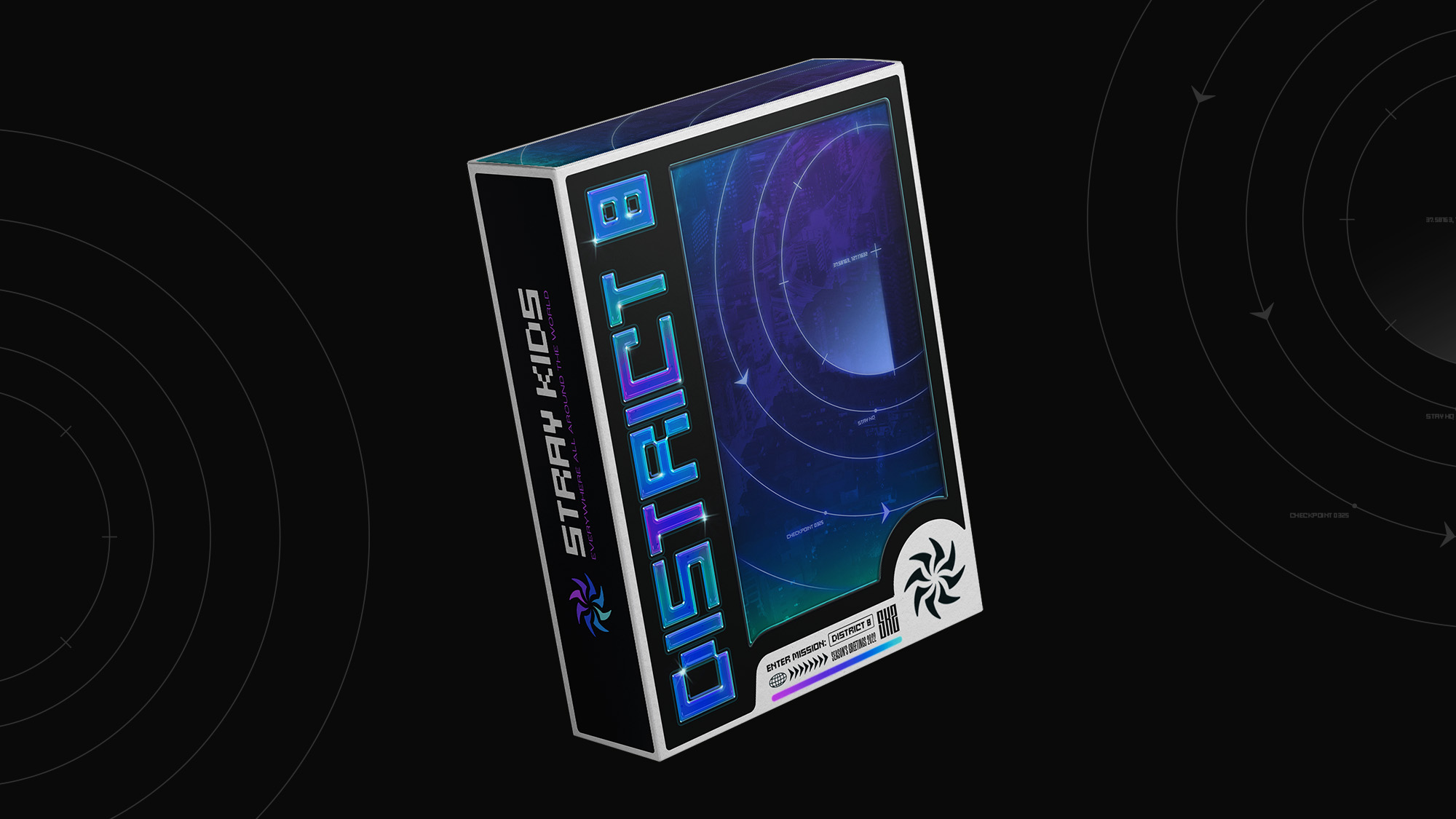 Season's greetings are annually released K-pop box sets that typically contain stickers, photobooks, calendars, and other collectible items. For the past few years, I’ve tried my hand at creating my own season’s greetings concepts for Stray Kids.

My 2022 project, District 8, includes branding, an outer box, photobook excerpts, a sticker sheet, a keychain, a patch, a calendar, behind-the-scenes discs, and a set of ID photocards. 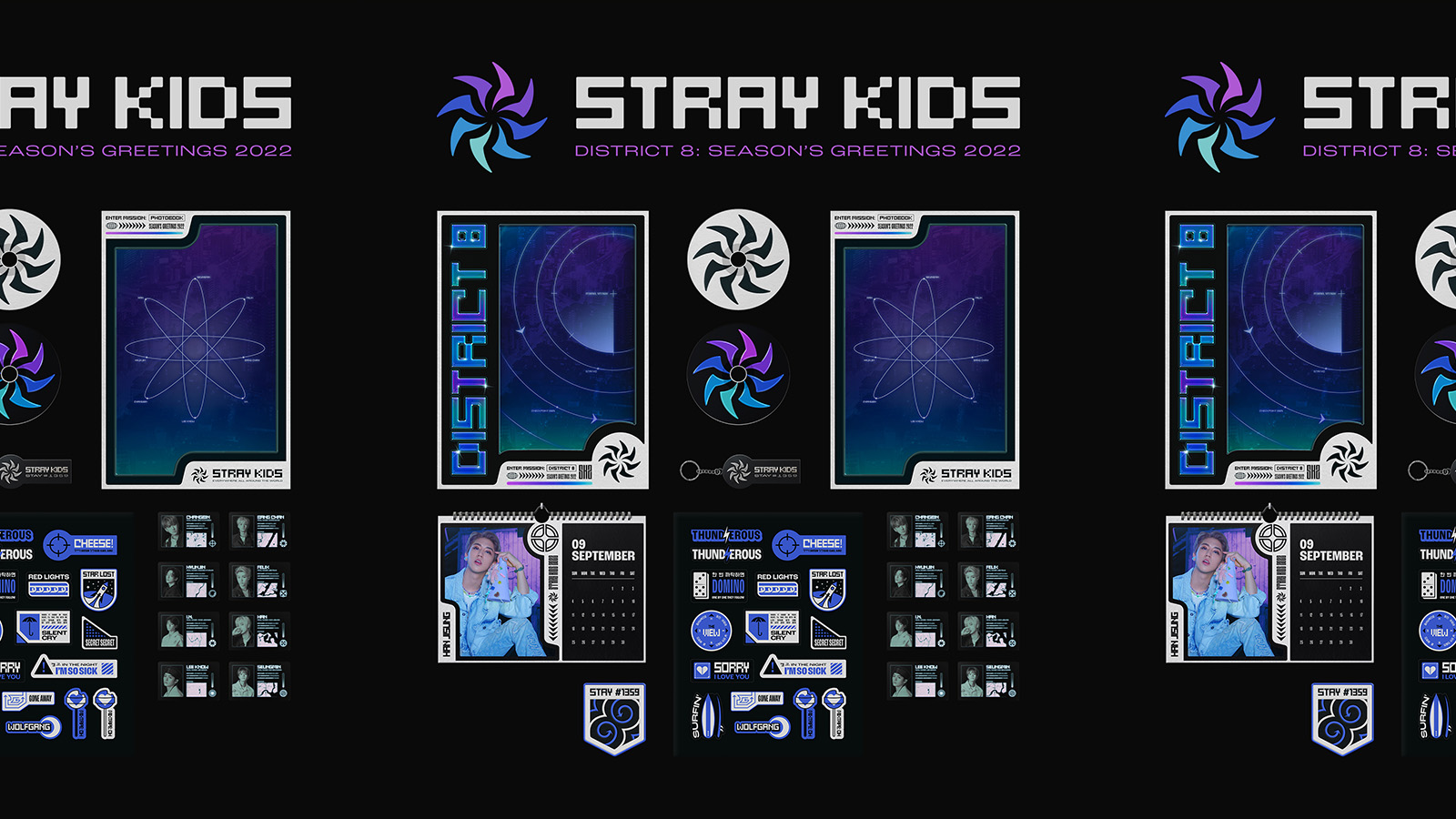 I had an initial concept in mind for this project, but another group released their official season’s greetings with a similar theme in the middle of my sketching process. I stepped back, did more brainstorming, and landed on a high-tech mission concept.

District 8 references an early SKZ song and reworks it to reflect the group’s current lineup. The theme features a mix of physical and digital influences. I used Roc Grotesk, a wood type-inspired font family, and MD Eight, a pixel typeface designed for the Raspberry Pi, as core building blocks for the design style. The theme is fully established in the little details—on the box cover, in the photobook, on the ID cards.

When planning the box’s inclusions, I considered ways to connect with fans and provide them with applicable, publicly-facing merch. I picked a keychain and an iron-on patch, as they’d be small enough to fit in the box while still offering value. Both items are labeled with the fanbase’s name and a number that would be unique to each box. 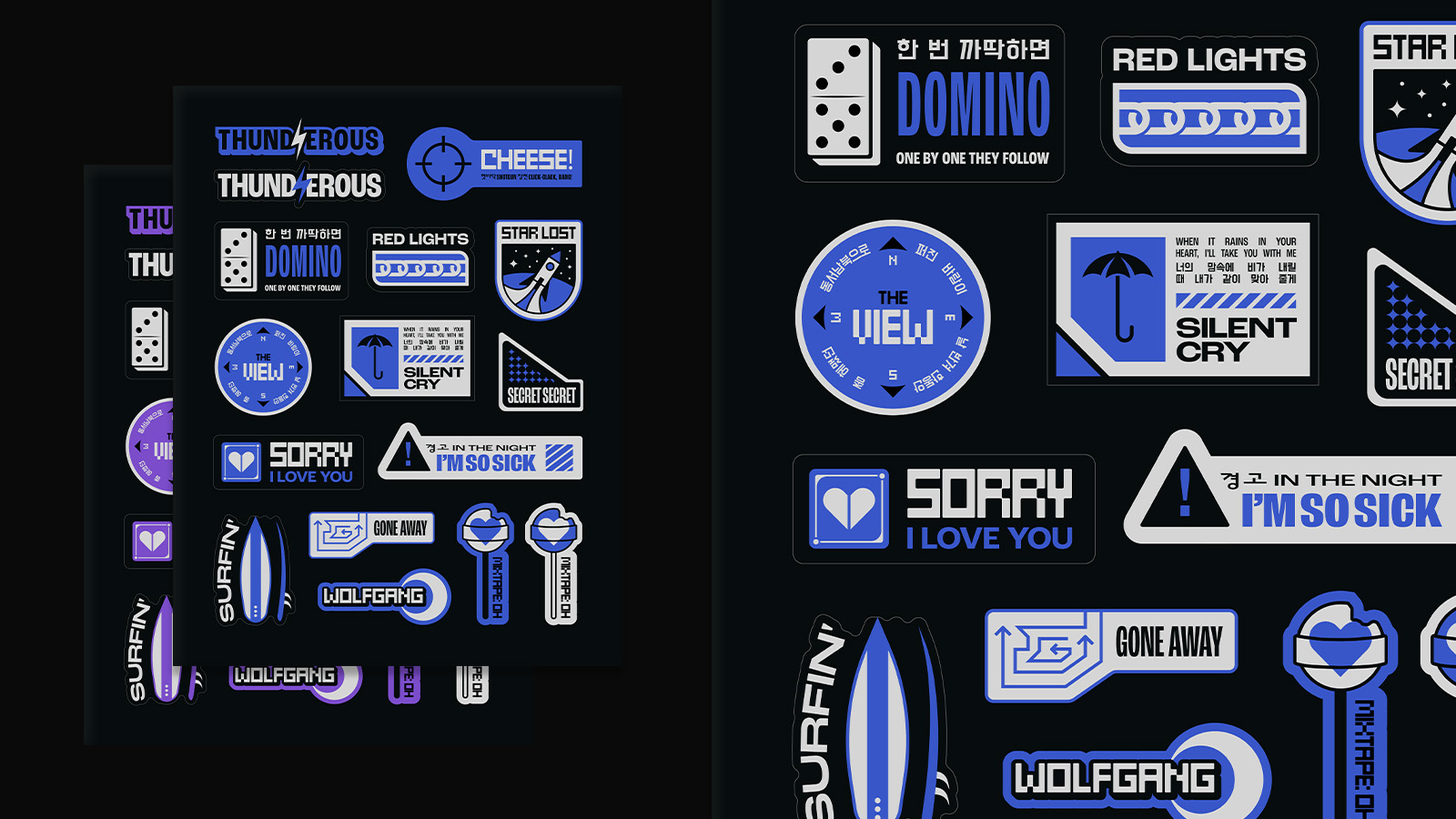 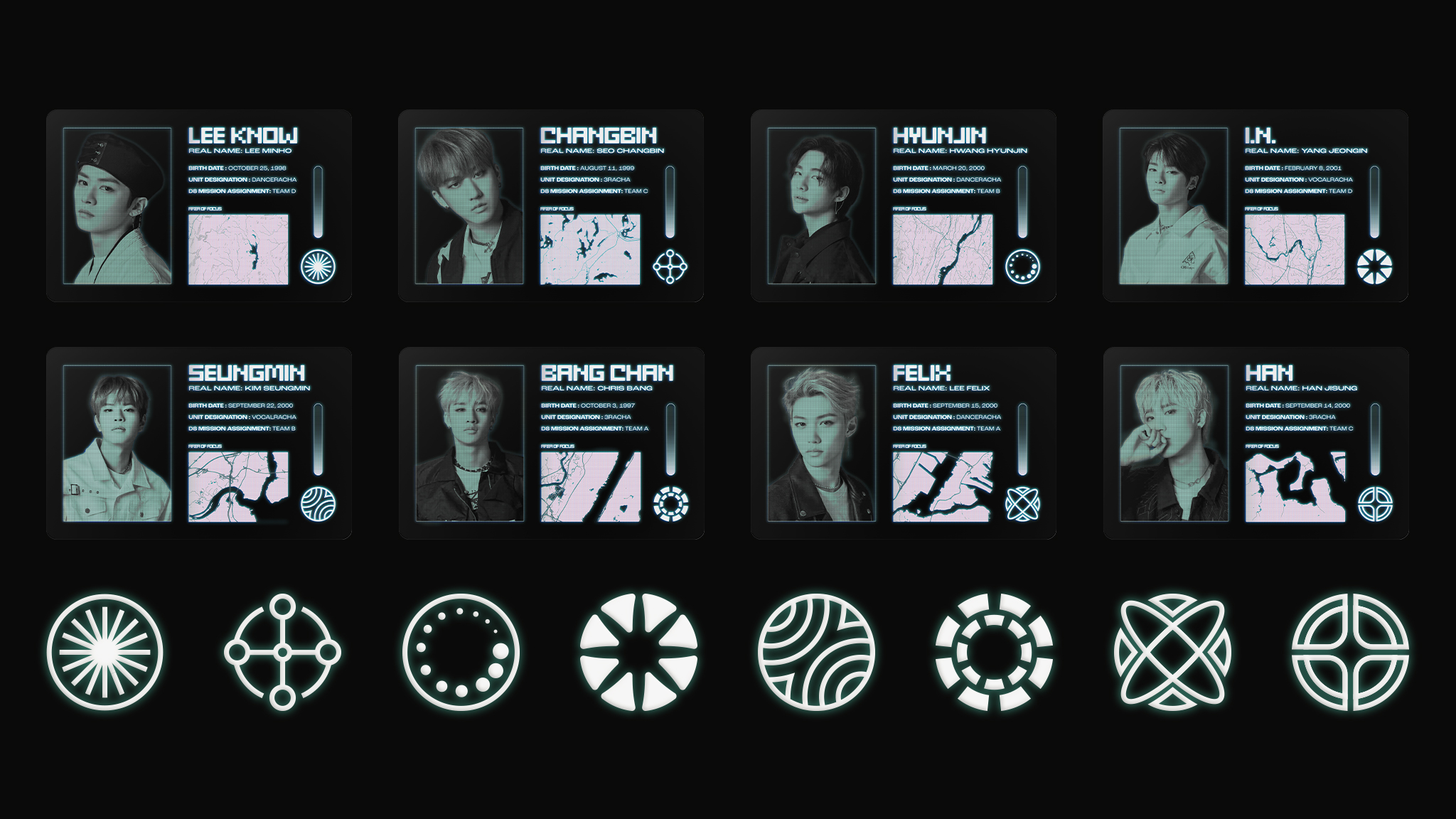 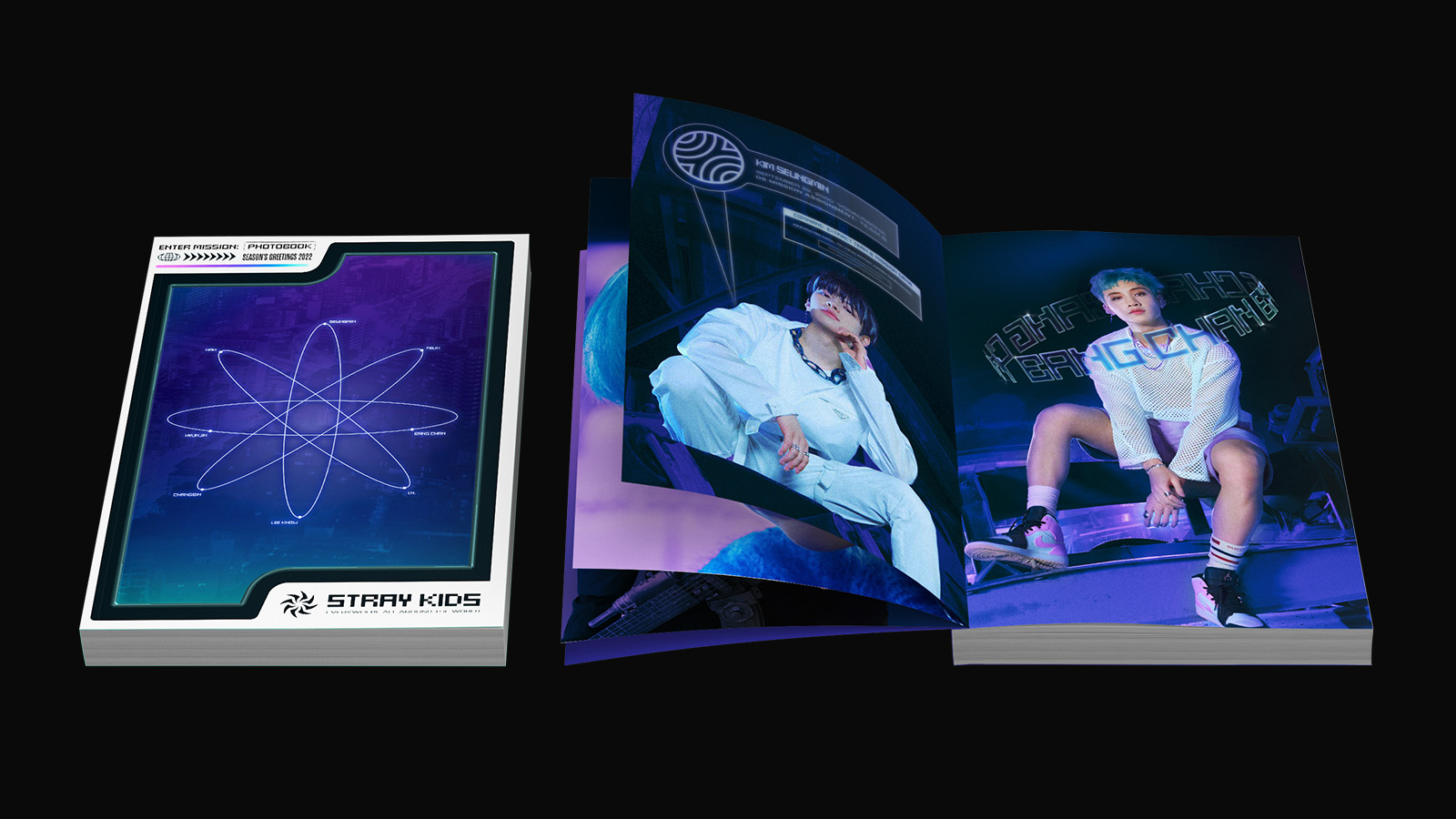 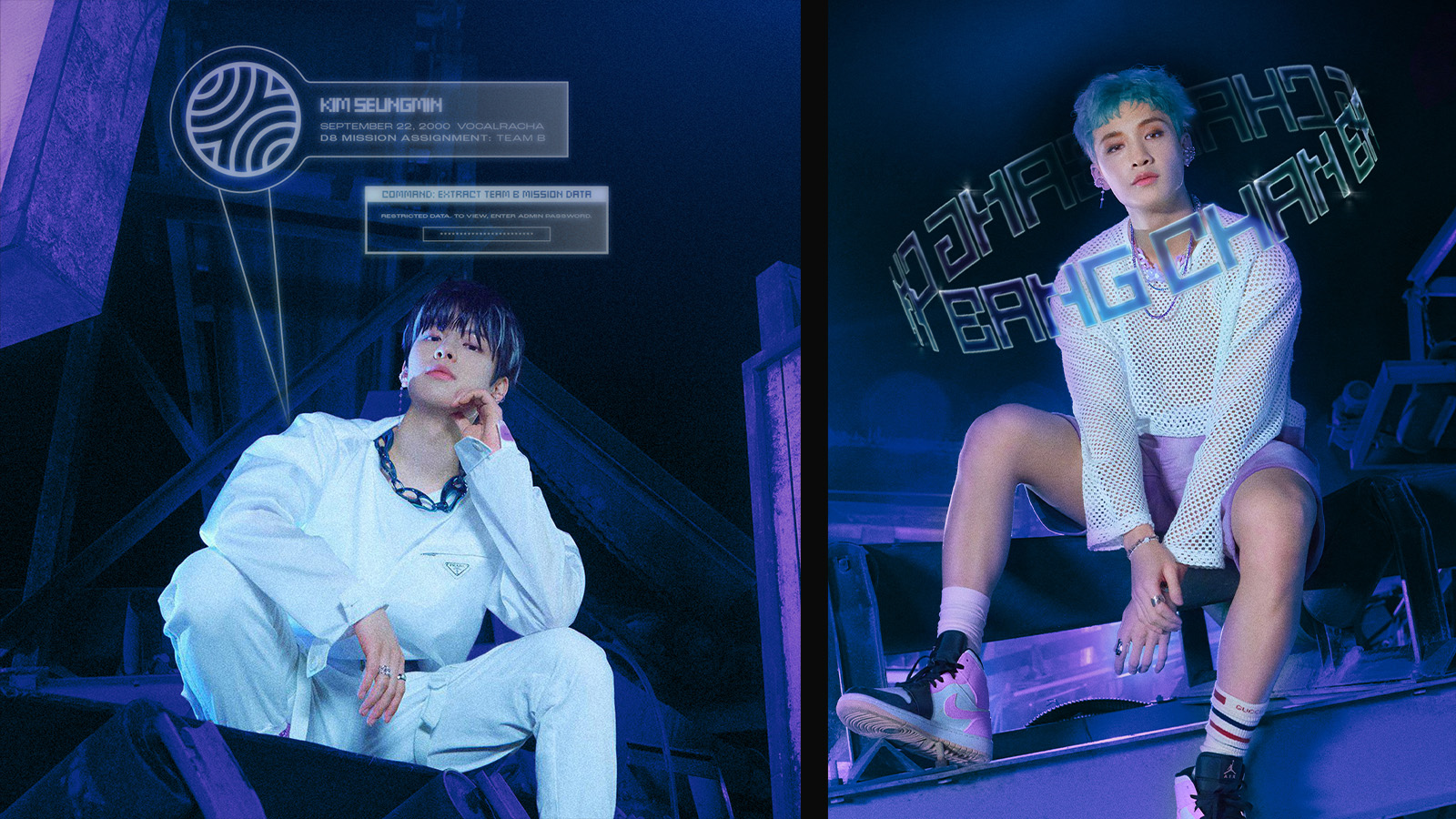 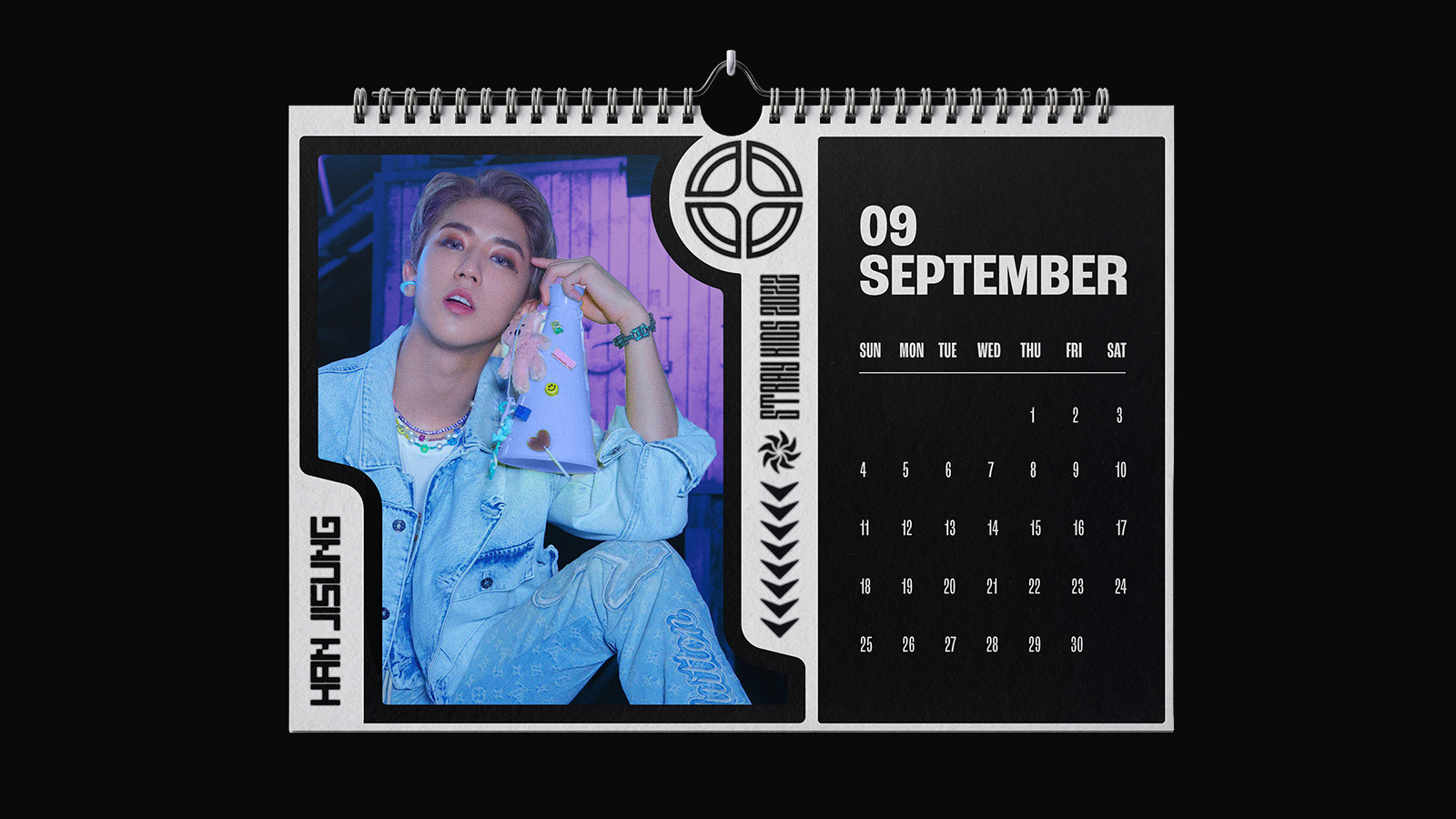 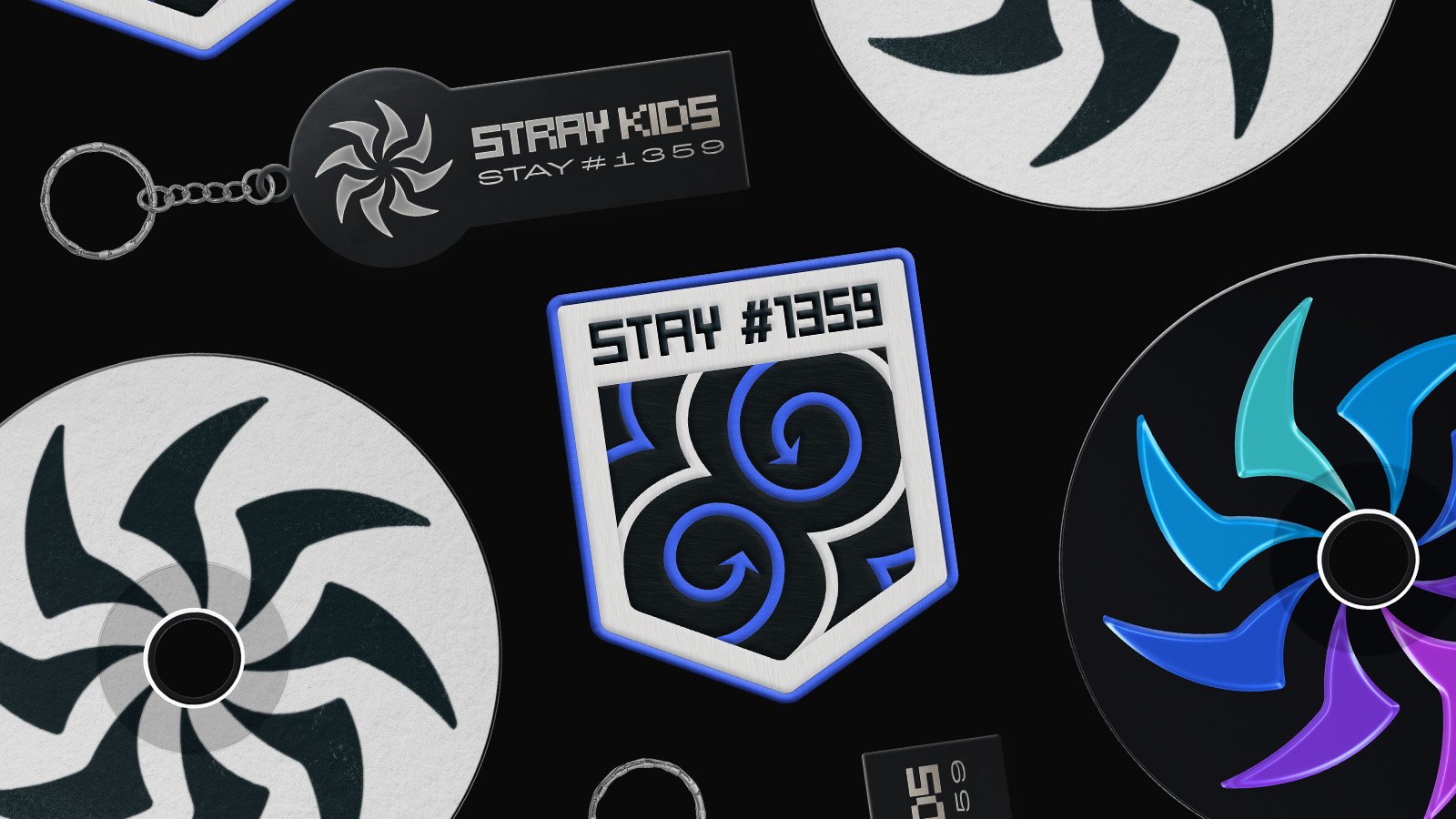 This project helped me practice with smart objects and template creation in Photoshop. I was also able to improve my skills in Illustrator through the song sticker sheets and get more experience with color grading through the photobook. As always, the season’s greetings design process pushed me to create a cohesive concept and apply it consistently. 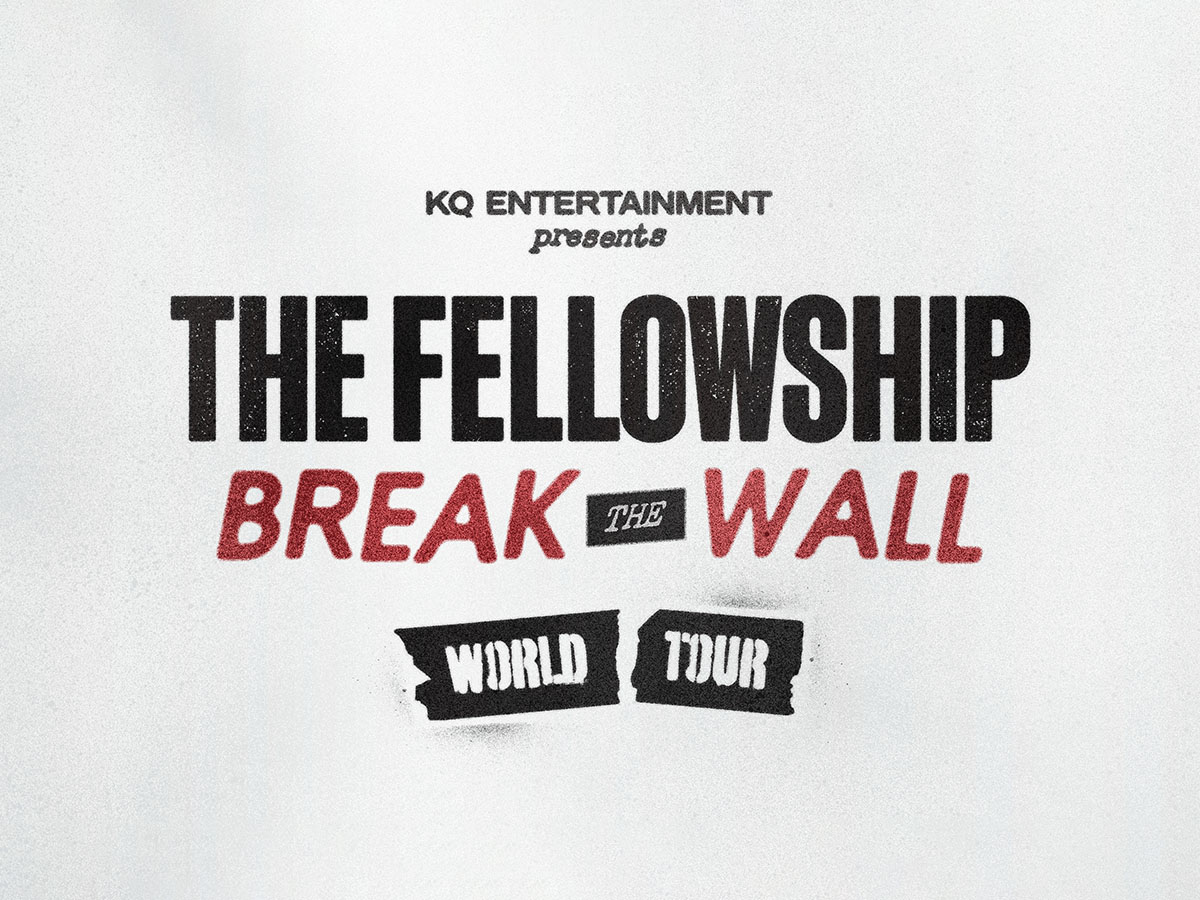